Business Words that have Lost their Impact and an Invitation to Help Create Alternatives!

When my kids were little and learning to read and write at a more advanced stage (think upper elementary), their teachers would tell them not to use “lazy words.” For them, these were words they used a lot. The teachers were training them to be intentional about their words, not lazy.

I asked my college-age daughter if she remembered this. She did. She says that now, her professors call them “filler words.” She listed “very,” “really,” and “just” as a standard list. One of her professors has an adverse reaction to the word “things” as well.

Essentially, lazy or filler words are either unnecessary or so overused that they have lost their impact.

In the grown-up, adult-driven business world, we have these words too. If you Google “overused business phrases” or “business buzzwords,” you’ll see a vibrant collection of people who want us to stop using phrases like “low hanging fruit” and “let’s circle back.”

It’s essential to be aware of the business words that have lost their impact and be intentional about using the better words that help to communicate our intent more powerfully. Depending on what we are writing, we want our words to invoke either an emotional or intellectual response. Boring writing rarely has that effect.

Top 3 Business Words that have Lost their Impact

The word innovation became popular when “invention” lost its impact in the mid-1900s. In 2009, ABC Nightline did a story on IDEO, a company whose sole purpose was to innovate solutions. It was an insightful piece that got a lot of attention and still does today. Now, most businesses are keyed in on the term as a way to be leaders in their niche industry.

Because it has become so overused, I would argue we are better off stepping back and using different words that evoke a more fundamental understanding of new ideas and solutions.

Social media became a powerhouse instrument for business use in the ’90s. Of course, when it became popular, marketers needed a way to gauge their success in its use. That’s when “engagement” became the yardstick by which we measured success. The word shifted to also included the measure of how individuals or groups interact with one another or a system as a whole. For example, engagement is now a standard metric used to evaluate a business and its employees.

The problem with engagement isn’t so much that it is overused, which it is. It’s that it is used too loosely without any actual quantifiable data to back it up. Or, it’s a sole metric that stops short of an actual win.

– “The employee engagement after our launch was solid.“

If you don’t measure it, it’s just your opinion. Instead, say, ‘We seemed to get a positive response from employees.” This more accurately reflects your perspective, not an official measure.

– “Our Linked In engagement is up!”

That’s great, but unless you can connect that with actual sales, it’s just a vanity measure. Better when you can name the connection, “Sales are up 20% this quarter. This growth aligns with a similar increase in Linked In engagement. We’ve been intentional about moving those Linked In connections beyond social and converting them to an actual sale.”

Leadership is a beautiful word. However, it’s gotten so watered down over the years. It describes so many aspects of leading that we have to unpack it to make sure we understand the writer’s intent.

This is a tricky one. There are no good, easy alternatives. “Administration” is too much about function. “Management” is task-centered. “Power” feels too authoritarian.

What do you think? What are other words we could use instead of LEADER AND LEADERSHIP? 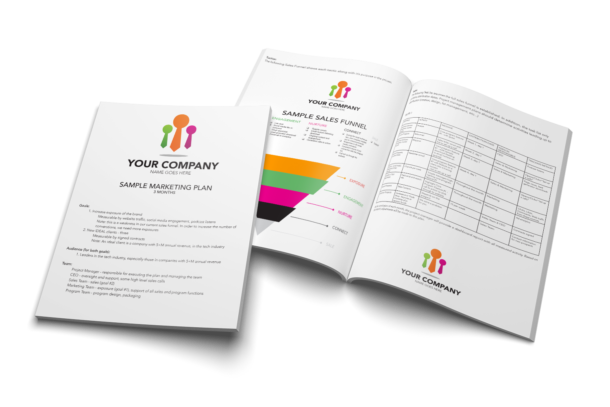 You'll receive an email shortly with your free download.